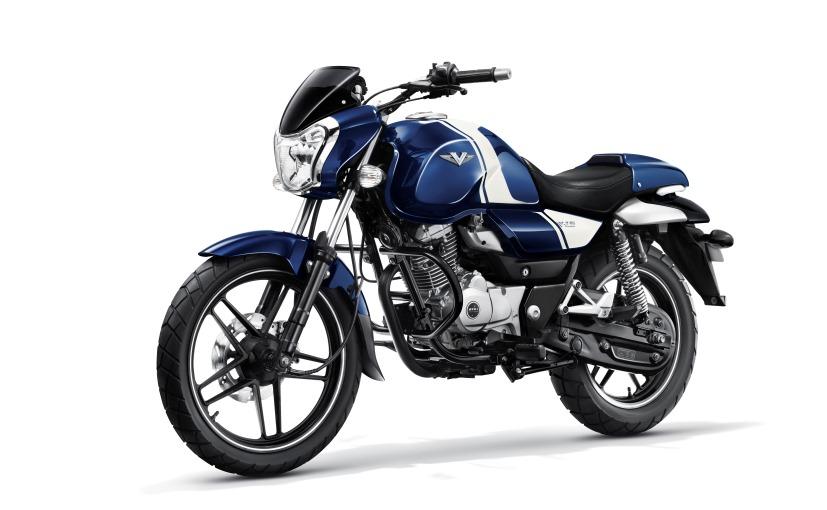 Bajaj 150cc bike ‘Bajaj V’ is a new cruiser bike from the brand that got its name from the INS Vikrant warship. Bajaj claims that it uses the recycles metal from the warship to produce the Bajaj V, hence, giving it the name.

This Bajaj Bike  looks quite funky and modern. The premium bike gets a chunky piece of the tank with minimal paint job. The sports cruiser gets a big headlamp cowl and a chunky tank to add a very muscular feel to the bike. It also gets a split seat and an optional rear seat cover.

The Bajaj V also gets front disc brake and an all-black treatment to the body. The bike is powered by the same engine as Avenger. It gets a 149cc, single-cylinder engine that produces a maximum of 11.8 Bhp and 13 Nm. The 5-speed transmission is standard, and it returns a maximum mileage of 57 km/l that’s why it is best mileage bike in India 150cc. 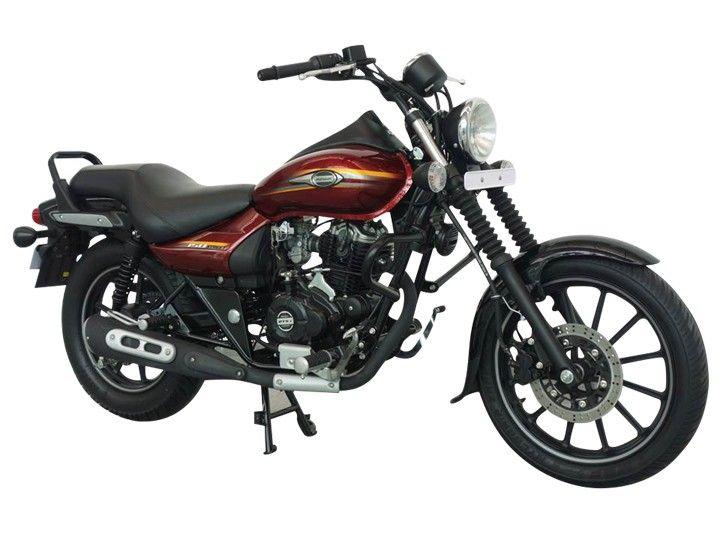 The Bajaj Avenger 150 is the only cruiser bike available in the segment. It is also the most affordable cruiser bike in India and most comfortable 150cc bike in India. The Avenger 150 is the best 150cc bike for long distance ride in India. The bike also looks quite stylish with the all-black design theme. It gets blacked out alloy wheels, sharp graphics, a fuel-efficient engine and a laid back seat The Avenger can also be said as one of the best looking 150cc model bikes in India.

It gets a raked front suspension for a low-ride feel while the bike itself is high enough to tackle the Indian road surfaces without much worry. There is a round headlamp upfront while the single-piece seat has been made in a way that the pillion rider gets a clear view. The bike gets front disc brake and rear drum brake, and there is no option of ABS. This 150cc cruiser bike looks quite good.

It is powered by a 150cc, single-cylinder engine that generates a maximum power of 14.3 Bhp and a peak torque of 12.5 Nm. A 5-speed gearbox is standard, and the bike boasts a fuel efficiency of 45 km/l. This is one of the most comfortable 150cc bike in India. 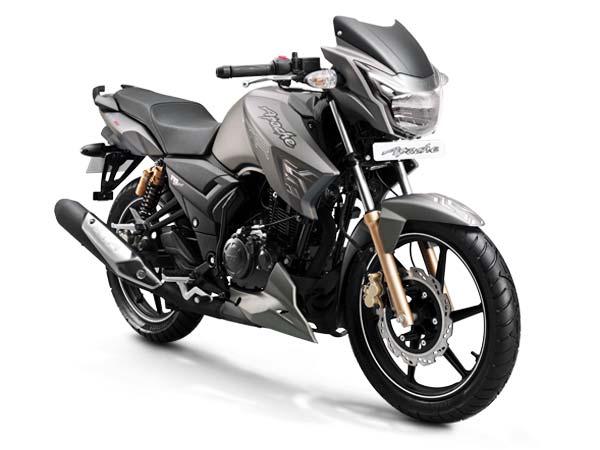 TVS 150cc bike Apache RTR 160 was first introduced in 2007 - the first model in the TVS Apache series and after several upgrades over the years, continues to trudge on slowly, silently as one of the volume pushers in the 150-160cc segment for TVS Motor Company.

This TVS Bike comes with edgy styling marked by a big fuel tank with a sharp shroud running alongside. The tank is sculpted with knee recesses and adorned with racy graphics. The single-cylinder, the four-stroke 159.7cc engine produces 15.2bhp of power at 8500 rpm and peak torque of 13.1Nm at 4000 rpm. Braking is handled by petal discs, the first of its kind launched in this segment. Clip-on handlebars and an able chassis make the Apache RTR 160 an able handler. This is one of the 'best bike in India 150cc' which is most loving by youngsters.

According to the market research, there is a lot of demand for an affordable cruiser motorcycle with premium styling and it is 150cc bike with ABS. So keep in mind Suzuki India has launched Suzuki Intruder 150 in India. This 150cc Intruder bike looks similar to Suzuki’s global bike Intruder M1800 R. The 155cc engine of this bike is borrowed from Suzuki Gixxer which makes 14bhp @ 8000 rpm and 14 Nm of peak torque at 6000 rpm. This engine is same as Suzuki Gixxer but there are some change like gear ratios are different and even the exhaust is different. And it has slightly longer wheelbase than the Gixxer. This bike bike is fun to drive. Suzuki Claims fuel economy of 44 kmpl. This is the best looking entry level cruiser bike now in the market. It is a best 150cc bike for long drive. 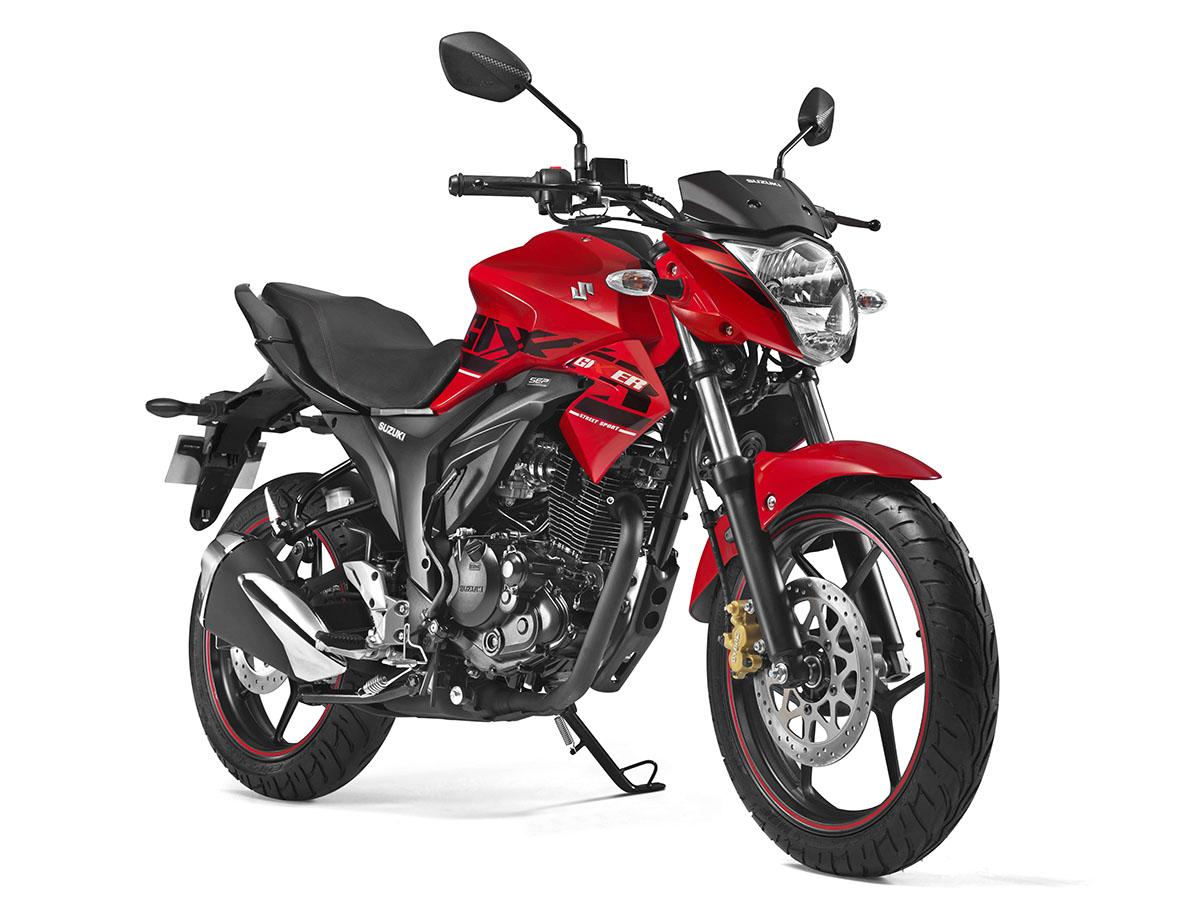 After much reluctance, Suzuki entered the segment with the Suzuki 150cc bike ‘Gixxer’, and it has currently become best selling Suzuki motorcycle in the 150cc segment in India. The naked bike gets its name from the iconic GSX-R1000, which is the flagship bike of the Japanese bike maker. The Gixxer looks very sporty with sharp design all around.

This Suzuki Bike gets a sleek tail and a chunky looking tank with deep creases on it. The Gixxer is also available in two tones and gets tank extension that adds to the sporty look. It also gets a short exhaust muffler that gets two openings. The 1-into-2 exhaust system gives the Gixxer a very thick note. This is one of the best bike under 150cc.

The bike is powered by a 155cc single-cylinder, air-cooled, carbureted engine that generates a maximum of 14 Bhp and peak power and 14Nm of torque.  It is mated to a 5-speed transmission and returns a maximum fuel efficiency of 54 km/l. The Gixxer is a good looking bike with advanced features like a full-digital console. The affordable price tag mixed with performance, styling and fuel efficiency makes it one of the best mileage bike in 150cc segment. 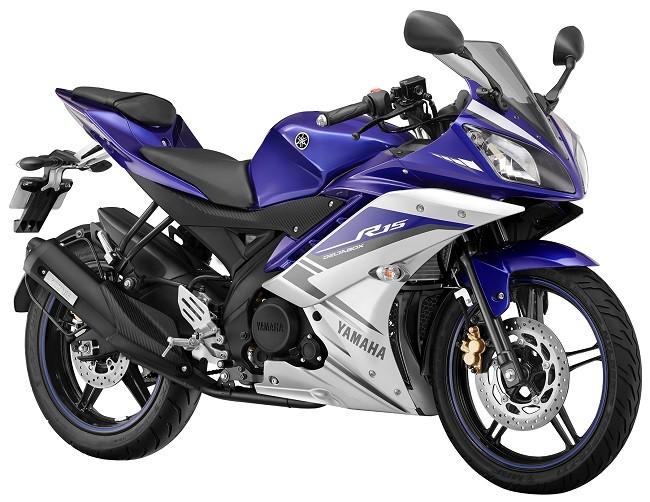 The Yamaha YZF-R15 is the most advanced bike in the 150cc segment and one the most stylish best bike in 150cc segment. The revolutionary bike came to India to create a new breed of motorcycles. The YZF-R15 was one of the first fully faired motorcycles to be launched in the Indian market, and it became a centre of attraction for the racing enthusiasts. It is the quickest and the fastest 150cc motorcycle in India.

The YZF-R15 is built around a Deltabox frame, which is used in Yamaha’s racing bikes and it provides an extremely stable set-up to the bike. The design of the YZF-R15 is inspired by the iconic Yamaha YZF-R1, which in turn is inspired by the MotoGP bike, YZR-M1. Yamaha has put their rich racing heritage on the bike, and it is appreciated by many enthusiasts.

The YZF-R1 is powered by a 150cc, single-cylinder, liquid-cooled engine that if fed through a fuel injection system. The high-revving engine produces a maximum of 16.7 Bhp and peak torque of 15 Nm. It gets a 6-speed gearbox which is extremely smooth. It returns a claimed fuel efficiency of 45 km/l.

The revolutionary motorcycle is loved by many and its quick acceleration, and impeccable handling abilities make it the first thing of choice for the racing enthusiasts. The bike also gets standard disc brake at front and rear with ABS as standard. 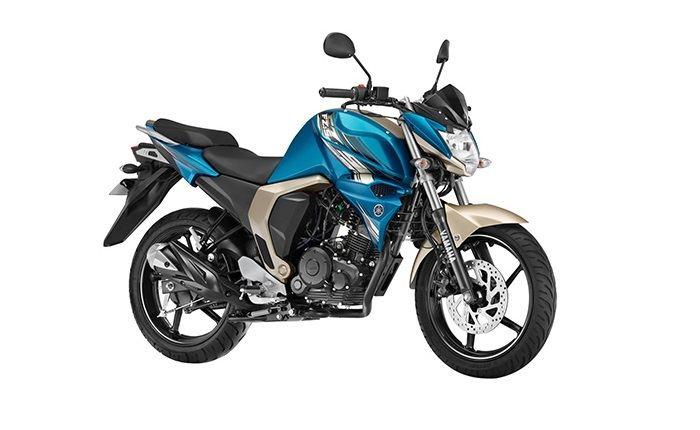 Yamaha bikes for long has offered the FZ-series in India that primarily offers 149cc bikes. The FZ-S is a street bike that can be used as a daily commuter and also highway tourers who love to get out on the weekends.

Yamaha 150cc bike FZ S V2.0 offers a unique muscular styling with a very bulgy fuel tank. The dual color option of the motorcycle makes it youthful, and it becomes one of the first choices for the customers who look for practical motorcycles in the segment.

Apart from the dual tone body colors and the muscular build up, the FZ-S also offers styling cues like split seat set-up. Sporty tank shrouds, a new mini fairing and a redesigned air-cooling system near the tank.

The FZ-S is powered by a 149cc, air-cooled, single-cylinder engine that gets fuelled by a closed loop fuel injection system. The engine produces a maximum of 13.1 Bhp - 12.8 Nm and gets a 5-speed manual transmission. The FZ-S returns a certified fuel efficiency of 45 km/l.

The FZ-S is one of the best and most practical two wheeler in the '150cc bike' segment and has a decent sales figure in the market. 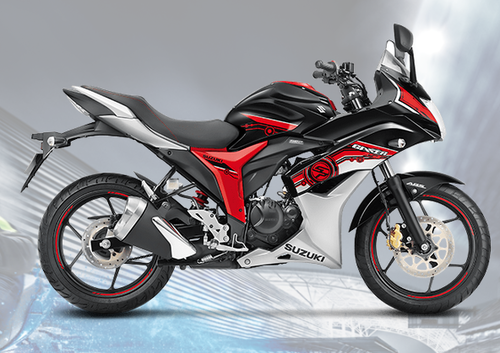 The Suzuki Gixxer is a fully faired version of the Gixxer naked bike. The Gixxer looks quite inspired by the Suzuki flagship litre-class GSX-R1000 regarding body graphics. The bike is aimed to capture the young audience who appreciate the fully faired bikes more than the regular naked ones. The bike gets a full body fairing, but everything else remains the same. It is a 150cc bike with rear disc brake.

Suzuki recently also launched the FI version of the Gixxer SF. It is the same 155cc single-cylinder engine that generates a maximum power of 14.6 Bhp and 14 Nm of torque. This is best 150cc bike in India 2018 for mileage and performance basis. 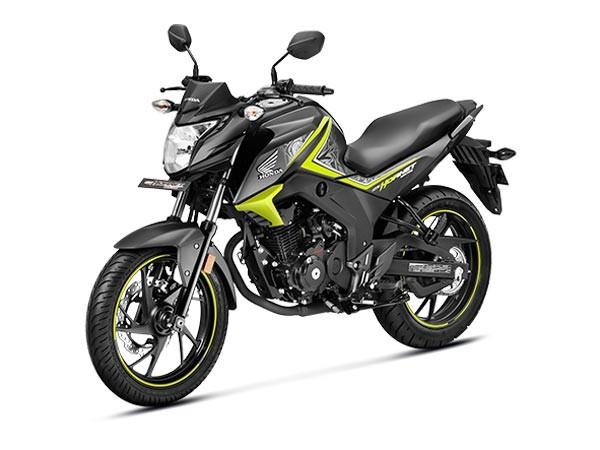 The CB 160R Hornet gets a bulgy fuel tank with tank extensions that add a very sharp look to the bike. It gets a mini fairing too.

The headlamp is sharp, and there is a small exhaust which has been blacked out. The bike looks very premium due to all-black design elements. It also gets two-colour body theme. Honda bikes has also put a few design elements like the ‘X’ shaped LED tail lamp that makes it unique in the 150cc segment.

The Hornet is powered by 162.7cc, single-cylinder, air-cooled, carbureted engine that generates a maximum power of 15.4 Bhp and peak torque of 14.7 Nm. Transmission is a 5-speed gearbox that sends the power to the rear wheel. The bike returns a maximum of 52 km/l. It is best 160cc bike in India. 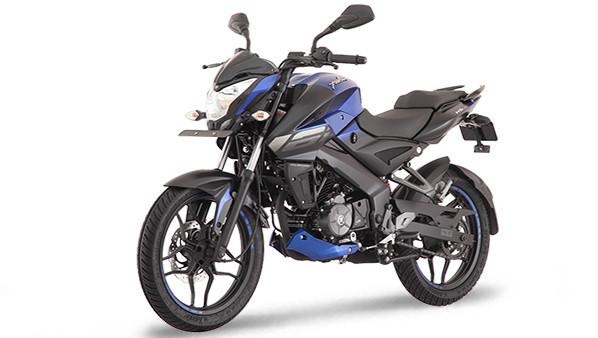 This Bajaj new Bike ‘Pulsar NS’ series became quite popular in the market. To capture a bigger portion of the market, Bajaj introduced the Pulsar 160 NS in India. The smaller version of the Pulsar 200NS. It gets dual body paint and very sharp graphics. It is a naked street bike which can be used on the weekend highway trips too. Bajaj pulsar range is one of the most best selling bike in India 150cc category.

It is powered by a 160.3cc, single-cylinder engine, which is based on the 149cc engine. It generates a maximum power of 15.3 Bhp and 14.6 Nm. It gets a 5-speed transmission, and an ARAI certified fuel efficiency of 45 km/l. And this is the second fastest 150cc bike after Yamaha R15.